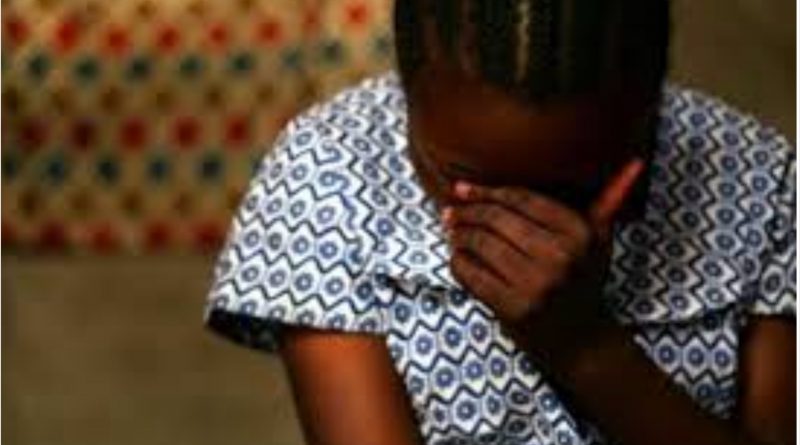 A 13-year-old girl on Wednesday recounted rape ordeal before a Sexual Offences Court in Ikeja, Lagos, how a brick-layer and two other men raped her on several occasions.

The Basic 2 pupil of a primary school in Ibeju Lekki was 12 years old when the incident happened.

Mr. Iziejen, 58, pleaded guilty to the charge and was sentenced to 60 years in prison by the judge, Sybil Nwaka.

Messrs Jimoh and Arowolo, however, pleaded not guilty.

On Wednesday, the victim, who gave evidence in her school uniform, said she was living with her grandmother at Orimegun, Ibeju Lekki, when the incident occurred.

“He took me to a corner of the uncompleted building and said I should remove my pants and I did, he removed his trousers and brought out his penis and put it in my private part. After he gave me N100 and I went.

“On Monday, I went to school and came back. I saw him in the uncompleted building , he slept with me, he took me to his house. At night I went to Olorunwa’s house and I told him my grandmother sent me on an errand but he dragged me that night and slept with me.”

Asked how many of such visits she paid to Mr. Olorunwa’s house and if she was invited, she said,” He used to invite me to his house, I can’t count how many times I went there. I visit him during school hours, sometimes in his house sometimes in the uncompleted building.”

Narrating how she was raped by Mr. Jimoh, she said, “One day, I went to buy something from his wife’s shop but the wife was not around, she sells provisions. I bought what I wanted and left but he asked me to come back and I did. There is this passage between the house and the shop. He took me to his wife’s room and had sex with me on his wife’s bed.”

Asked if she told anyone about the incidents, the victim replied, “One day in my school during long break I went to Olorunwa’s house, on my way back I ran into my teacher. She asked where I was coming from and I told her. I also told her they were three sleeping with me.

“She took me to our head teacher and they took me and Olorunwa to the police station that day. They asked me about the other two and where they stay and the police followed me to go and arrest them.

“They took us to the magistrate court at Magbon-Alade and I was taken to the Arrows of God Orphanage at Ajah. On the same day, they took me to the General Hospital in Ajah and I was tested.”

During cross-examination, counsel to the first defendant, Olanrewaju Akinbo, asked the victim why she never informed her grandmother about the defilement.

The girl replied that if she had told her grandmother, she would tell her father and her father would kill her.

Counsel to the first defendant, A.A Idowu, asked the victim if Mr. Olorunwa told her not to tell the truth in front of her teacher.

She said, “He told me silently not to say the truth. My teacher heard and saw him wink at me and she even asked him why he was doing that.”

Due to the guilt plea by the third defendant, Mr. Iziejen, the prosecution led by Jide Boye filed an amendment of the charge to exclude him.

The case was adjourned to April 26 for continuation of trial.