16-year-old Boy choked & raped 10-year-old girl, on way home from school then dumped her in a ditch 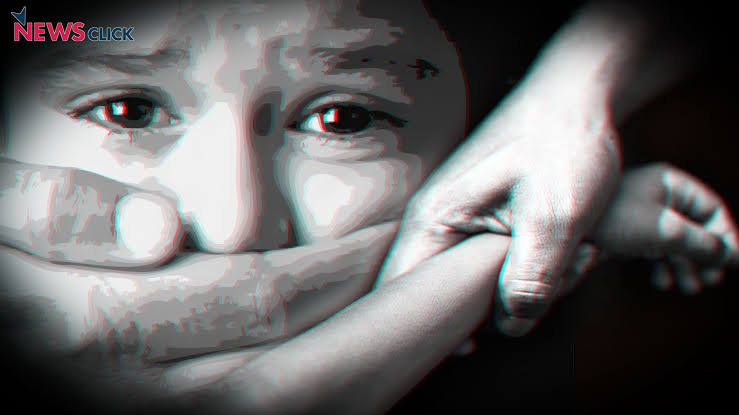 A young boy, 16, choked and raped a young girl as she headed home from school, then left her for dead in a stream.

The boy, who cannot be named for legal reasons, is accused of five offences relating to the incident in Exmouth, Devon, in October last year.

The girl, while going home from school, took her phone out to call her mother when she heard footsteps running behind her. Suddenly, hands grabbed her around the throat and she was dragged down a bank into the stream by the boy, who allegedly raped her after she fell unconscious.

A jury of nine women and three men were told the boy, now aged 17, admits choking the girl and sexually assaulting her but denies charges of attempted murder and rape. He was cycling home when he saw the girl in a grassy area, close to a riverbank covered in trees.

Although she never saw his face, the defendant was the person who grabbed her from behind.

We know that because he accepts that it was him. He took hold of her from behind, around her throat, wrapping his arm around her neck and squeezing hard.

By accident, she held down the home button on her phone – that activated Siri. That drew his attention to the mobile phone.

He took it out of her hands and threw it away from her, into the bushes.

She had seen some self-defence videos so she tried to do what she saw on those videos, which was to kick her attacker in the groin, but because he was holding her so tightly she couldn’t move sufficiently to get a good kick in.

Mrs Vigars said the boy continued to hold the girl around her neck and walked her towards the stream, tightening his grip when she did not move with him.

In a police interview, the girl described how she was “fading into a sleep” as she sat down in the water, Metro UK reports.

She thought she was going to die.

She thought a way to avoid the whole thing was to pretend that she was already dead. She flopped down and shut her eyes.

She hoped that whoever it was who had hold of her neck might just give up and leave her. When she pretended that was what was happening to her, she did fade away.

She can remember nothing from that point until she came to in the stream.

A woman walking by the stream found the girl after hearing “a panicked yelling” as she shouted out for a teacher, the court heard. The girl told her she had been strangled by a man who had taken her mobile phone. Police were called and an investigation was launched, with a number of doctors examining the girl.

The doctors found injuries to her genital area, while the boy’s DNA was present on her body and underwear. Bruising to the girl’s neck matched the seams of the coat he had been wearing, Mrs Vigars said.

The prosecution say he was trying to kill her and it was only luck that she didn’t die as he held her around the throat hard enough and for long enough for her to fall unconscious.

He meant her to die and he left her in that cold stream in October to die.

The trial, due to last for two weeks, continues.