HomePOLITICS19-year-old Kogi state University student who was killed in the election violence...
POLITICSOTHERS 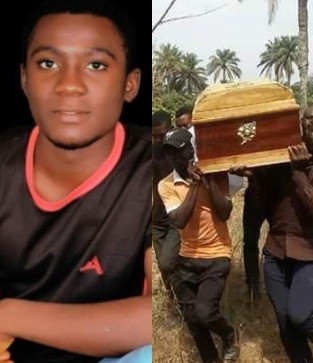 The 19-year-old student of Kogi State University, Daniel Usman who was killed by political thugs while trying to vote in Anyigba, Kogi state on Saturday February 23rd, has been laid to rest.

Daniel was killed by a stray bullet in a cross fire between political thugs in the state during the elections.

Fifteen hours before his life was cut short, Daniel had taken to his Facebook to preach against election violence. Sadly, he died when he was caught up in one.

His funeral was attended by his family members and close friends.