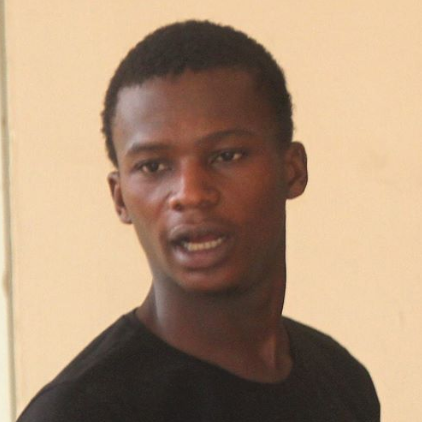 Festus Ojomola, an internet fraudster has been sentenced to one year imprisonment with hard labour for possessing fraudulent documents and engaging in dating scam. He was sentenced by Justice Mojisola Dada of the Special Offences Court, sitting in Ikeja, Lagos on Thursday, February 14, 2019.

Ojomola was arrested by the Economic and Financial Crimes Commission, EFCC, Lagos Zonal Office, in May 2018 following intelligence report the Commission received on the activities of some persons alleged to be involved in love scam.

He was arraigned on February 13, 2019 on an amended two-count charge. The first count reads: “that you, Festus Olaoluwa Ojomola (a.k.a Lizzy Miller), on or about the 29th June, 2018, in Lagos within the jurisdiction of this honourable court, had in your possession hang-out chats wherein you presented yourself as Lizzy Miller to David Waters, a representation you knew to be false and thereby committed an offence contrary to Section 318 of the Criminal Law of Lagos State.”

The second count reads: “that you, Festus Olaoluwa Ojomola (a.k.a Lizzy Miller), on or about the 29th June, 2018 in Lagos, within the jurisdiction of this honourable court, had in your possession hang-out chats, wherein you represented yourself as Lizzy Miller to Joe Badess, a representation you knew to be false and committed an offence contrary to Section 318 of the Criminal Law of Lagos State.” He pleaded guilty to the charges.

He said: “Sometime in May 2018, the Economic and Financial Crimes Commission received intelligence report on the activities of some persons involved in internet scam. The operatives of the Commission swung into action and arrested the defendant with electronic devices such as a laptop, an apple macbook and an Iphone.

“The devices were analysed and documents containing false pretences were found in them. When he was confronted with the documents, he admitted to be involved in dating scam.”

The prosecution counsel further presented before the court a certified true copy of the intelligence report dated May 7, 2018, confessional statements of the defendant dated June 29, 2018 and the attestation letter.

He also tendered in evidence the electronic devices and hordes of scanned documents retrieved from the defendant. He urged the court to rule for a forfeiture of the devices to the Federal Government and convict the defendant.

The defence counsel, A. Eze Ugboaja, however, pleaded with the court to temper justice with mercy in sentencing her client.

She noted that “the defendant is a young man of 20 years and a 200-level student of Environmental Management and Toxicology at the University of Agriculture, Abeokuta, Ogun State, and the only son of his mother who is a widow and a petty trader striving to raise responsible children.”

Justice Dada convicted the defendant on both counts and sentenced him to one year imprisonment, which commenced from his time of arrest on September 3, 2018 with an option of N200,000.00 fine (Two Hundred Thousand Naira) only and a community service of grass cutting in front of the court premises. Ojomola is also to forfeit the devices retrieved from him to the Federal Government. 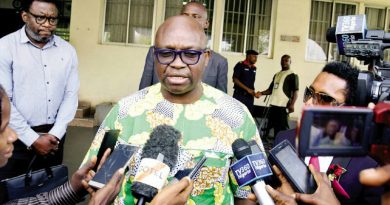