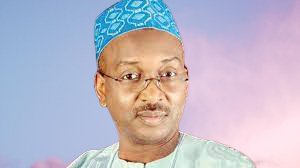 The Director-General, Progressive Governors Forum (PGF), Salihu Lukman has said that shift of the All Progressives Congress (APC) National Convention may have consequences after the 2023 elections.

Lukman gave the warning in a letter to APC leaders on Monday in reaction to calls by some party chieftains.

But the DG said such could boomerang and lead to a repeat of the loss of Zamfara to the Peoples Democratic Party (PDP) in 2019, despite winning the governorship election.

Lukman urged the CECPC to make its position known by confirming the date and venue for the convention.

He noted that the Electoral Act required a party to serve at least 21 days notice to the Independent National Electoral Commision (INEC).

“That being the case, the temptation could be to argue that there is more time, some reminders would be necessary at this point,” Lukman said.

The DG counseled against using the same strategies in 2014 or 2019 to respond to latest contemporary challenges.

Lukman tasked the party to come up with ways to garner Nigerians’ support for victory at the polls next year.

He charged the CECPC to ensure that the February 2022 convention was not just about electing National Working Committee (NWC) members for the party.