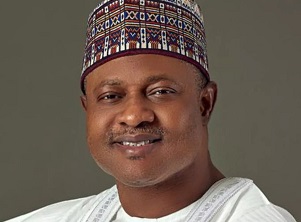 Trait News reports that the Federal High Court sitting in Kaduna has, on Friday, dismissed the suit challenging the candidature of Senator Uba Sani as the 2023 gubernatorial candidate of All Progressives Congress(APC) in Kaduna State.

Recalls that Mallam Sani Mahmood Sha’aban had on 20th June, dragged Uba Sani and other APC stakeholders before the federal high court where he alleged that the primary that produced Uba Sani and others as candidates for the 2023 polls should be declared null and void, adding that the party’s statutory delegates were substituted for people who could barely read or write, to do the bidding of Uba Sani and his sponsors.

However, the presiding judge, Justice Mohammed Garba Umar on Friday, while delivering his judgement, said the court lacks the jurisdiction to deliver judgement on the said matter adding that the court declined to hear the suit because it has no jurisdiction on the ground that it is a party affair and not a post or pre-election matter.

Counsel to Senator Uba Sani, Barrister Sanusi Musa, said he has argued it earlier that the court needs the approval of the Chief Justice of Nigeria, (CJN) before it could be filed in Kaduna.

In a swift reaction to the judgement, Senator Uba Sani commended the plaintiff, Mallam Sani Mahmood Sha’aban for ventilating his grievance through the courts saying, that is the best way to grow and deepen our democracy.

Speaking with newsmen shortly after the judgement, counsel to Sha’aban, John Mshelia said, he will approach his client and then get directives on what the next step would be.