HomeNEWS2023 election: There is team up against Peter Obi – Supporters
NEWSPOLITICS

2023 election: There is team up against Peter Obi – Supporters 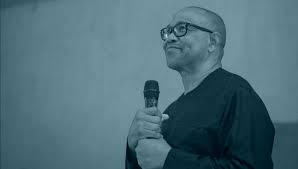 Peter Obi Support Network (POSN) has raised the alarm of a coordinated attack against the 2023 Labour Party (LP) presidential candidate.

The body described as defeatist the antics of opposition presidential campaign organisations and their political parties.

POSN accused them of outright distortion and mischievous misquoting of the former Anambra governor’s speeches in order to discredit him.

In a statement by Onwuasoanya Jones, Director of Strategic Communication, he said opponents were intimidated by Obi’s knowledgeability on statistics and information of world economy.

Jones noted that the resort to faking his speeches and attempting to put words in his mouth “is a strategy by the struggling opposition”.

POSN stressed that Obi does not gamble with figures and facts because he is a keen researcher and passionate seeker for solutions to Nigeria’s challenges.

He said Obi has continued to restructure the way politics is played by focusing on issues and presenting credible and workable data from developed, developing, and underdeveloped nations.

POSN mocked other 2023 candidates for “sitting lazily”, declaring them incompetent and unprepared for the task of the presidency.

“We challenge these disgruntled “fact checkers” and their sponsors to provide any credible evidence of Peter Obi’s speeches where he gave out any of these wrong figures.”

Jones added that the country can work again and that with the right leadership in place, Nigerians can regain their pride of nationhood.