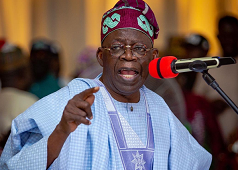 All Progressives Congress (APC), has said the party has been repositioned and strengthened in Kogi State ahead of the 2023 election, beyond the reach of opposition political parties, especially the Peoples Democratic Party (PDP).

The Kogi APC, however, pledged alliance and support for the presidential candidate of the party, Asiwaju Bola Tinubu and his running mate, Senator Kashim Shettima ahead of the polls.

In a statement issued Tuesday, the support group loyal to the governor of Kogi State, Yahaya Bello, under the auspices of GYB Network 4 Asiwaju, on Monday met with Shettima, where it pledged its full support.

The Kogi State coordinator of the group, Haddy Ametuo, briefed Shettima on their activities and the plan to ensure the victory of APC during the 2023 general election.

While Ametuo is the group’s coordinator, the Deputy National Publicity Secretary of APC, Murtala Ajaka is the National Coordinator for GYB Network for Asiwaju.

The statement said, “Kogi State APC under the leadership of Governor Yahaya Bello has been repositioned and strengthened beyond the reach of opposition political parties, hence the assurance of victory for Tinubu/Shettima ticket in the state.
“Being a grassroots organisation, we assured Senator Shettima that we will ensure massive mobilisation of real voters from all the nook and crannies of Kogi state to deliver the ticket 100 percent during the election.”