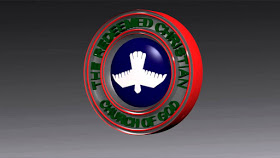 The Redeemed Christian Church of God, (RCCG) has created a directorate for politics and governance across the country, ahead of the 2023 general election.

According to a memo dated February 28 and obtained by Trait News, the move is to mobilize support for members who are aspiring to occupy political offices.

The memo, which was issued by the Assistant General Overseer (Admin and Personnel) of the RCCG, Pastor J. F. Odesola, was directed to pastors in charge of regions and provinces of the RCCG across Nigeria.

The memo reads in part, “The essence of this directorate is to help coordinate the engagement of our people who are willing to be involved in politics, as well as mobilize support for them when required”.

There are indications that the development was aimed at supporting the Vice President, Yemi Osinbajo who was a top pastor in the church prior to his emergence as VP in 2015. Daily Post says

His supporters across the country have been calling on him to succeed his boss, President Muhammadu Buhari in a bid to rescue the country from the current economic crisis.