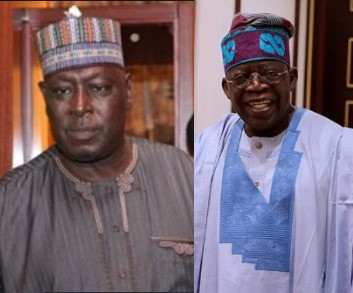 The former Secretary to the Government of the Federation, Babachir Lawal has said that APC National leader and former governor of Lagos state, Bola Tinubu, stands a chance of being a good President of Nigeria after President Buhari completes his tenure in 2023.

Babachir whose appointment was terminated by President Buhari in October 2017 after he was accused of violations of law and due process in the award of contracts under the Presidential Initiative on the North East (PINE), said this when he spoke to a cross-section of newsmen in Yola, Adamawa state on Friday October 18th.

“By 2023 when Buhari’s tenure will be over, he’ll go back to Daura to face his cows like I am doing. But you see, every leader must leave behind a legacy. I will like to see that he leaves behind a legacy of achievement.

2019: What Atiku will do about multiple taxation – PDP