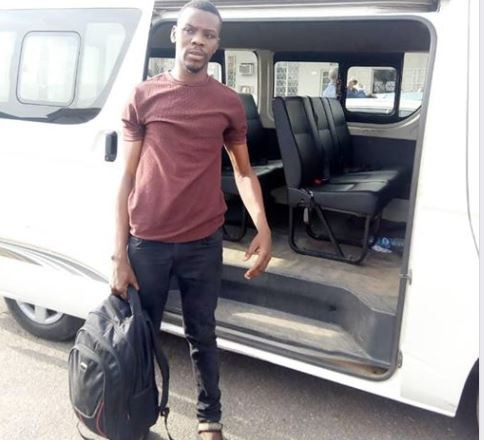 Oladoja is being prosecuted by the Ilorin Zonal Office of the Economic and Financial Crimes Commission, EFCC, on six-count charges that border on advance fee fraud and other fraud-related offences.

One of the charges reads, “That you, Wale Oladoja (alias Liisha Conni), sometime in March 2019, at Ilorin, within the judicial division of the Kwara State High Court, with intent to defraud, had in your possession a document containing false pretence, to with: Hangout with Singh Ranjeet, containing representations you knew to be false and thereby committed an offence in Sections 6 and 8(b) of the Advance Fee Fraud and other Fraud Related Offences Act 2006 and punishable under Section 1(3) of the same Act.”

Oladoja pleaded not guilty to all the six-count charges. Lead counsel to the defence, T. A. Hammed, however, drew the attention of the judge to a pending bail application for his client.

In his response, the prosecuting counsel, Andrew Akoja called Justice Oyinloye’s attention to a counter-affidavit against the bail application. Justice Oyinloye thereafter dismissed the bail application and ordered the defendant to be remanded in Mandala Prison custody, as he said that the defence failed to convince the court with reasons why the bail request should be granted.