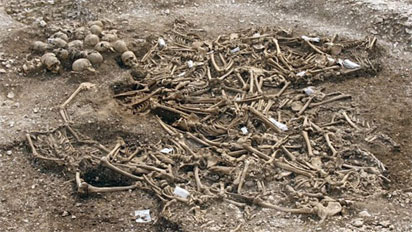 A Shocking report has brought to light about four hundred children bodies discovered to be buried in a mass grave in Lanarkshire, southern Scotland, following a discovery made by BBC.

The children whom were all residents of a care home run by Catholic nuns are believed to be buried in separate section of a not too distance area of the home.

Investigation as revealed by Frank Docherty and Jim Kane unveils that most of the children suffered physical abuse  before their deaths.

The home which was opened in 1864 provided care for orphans or children from broken homes. It closed in 1981, having looked after 11,600 children.

In 2004, campaigners said the Daughters of Charity told them their records suggested that children had been buried in 158 compartments in the graveyard. Frank and Jim, who both died earlier this year, believed however, that the numbers were far higher as the nuns had indicated their records were incomplete.

meanwhile the Daughters of Charity of St Vincent de Paul, which ran the home, has refused to comment on the findings.