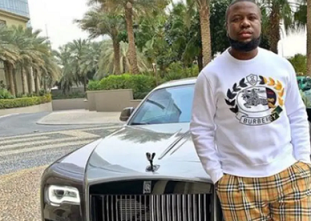 Hushpuppi, a Nigerian social media influencer, was sentenced to 11 years on Monday by a United States District Court for money laundering conspiracy through several online scams and flaunting a luxurious, crime-funded lifestyle on social media.

However, in a post accompanied by the photo of the convicted fraudster on his Instagram page barely 48 hours after Hushpuppi’s sentencing, the producer wrote, ” For my scammers, I gotta do this one, Hushpuppy series coming soon.”

Hushpuppi was arrested in his Dubai apartment in June 2020, by local police, in a joint operation with United States agents known as Foxhunt.