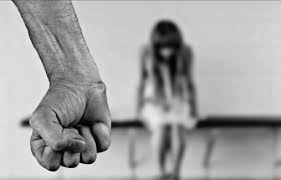 Simon Alobu, popularly known as Papa Eke, was handed over to the police by the state’s family special court state, Family Law Centre.

TRAITNEWS gathered that little Favour relocated to her maternal house where her aunt lives following the death of her parents. The suspect lives in the same compound with the girl and her aunt. The matter was reported to the center by the victim’s aunt who alleged that the man also raped her when she was a little girl.

“The man said, I should come and prepare food for him. After preparing the food, the man locked the door and carried me to his bed and raped me” the victim said.

It was also discovered that Favour was first raped in 2014 by Alobu and ever since, had repeatedly been raping her.

The girl’s aunty became aware of Favour’s condition after she complained of severe pains in her private.

According to the woman, she took the girl to Afikpo where the rape was confirmed while efforts to make her reveal the identity of the rapist failed as he continued the act till this year.

“Favour confessed and we went to the man and he agreed that he has been raping her, and had raped her five times”, Favour’s aunty said.

The alleged rapist mutilated Favour’s bottom with razorblade, where he presumably apply some charms to prevent the girl from revealing his identity.