HomePOLITICSAdo-Odo Ota: I Won The Election In The First Ballot, Calls For...
POLITICS

Ado-Odo Ota: I Won The Election In The First Ballot, Calls For Rerun Baseless, Unfounded – Ojugbele 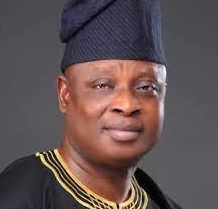 OGUN – A Member representing Ado-Odo Ota Federal constituency at the National Assembly, Jimoh Ojugbele has said that he had won the primaries of the party conducted in the Federal constituency on Friday arguing that the call for a rerun held on Sunday was baseless and unfounded in law.

Ojugbele, in a press statement personally signed, maintained that although the process was disrupted for a few minutes, the election was however concluded and result announced.

According to Ojugbele, the call for a rerun was made by an aspirant whose name he didn’t mention, but revealed that he secured 41 out of the total 43 accredited delegates for the primary.

He said the State Commissioner for Forestry, Tunji Akinosi, came distance second in the election with only two votes.

According to him, once the election is concluded, any aggrieved aspirant can only approach the appeal committee for a redress, maintaining that the rerun was never sanctioned by the National Working Committee of the Party as such will be a nullity.

He said, “The intimidation and an attempt to disrupt the peaceful exercise by some disgruntled elements and street urchins sponsored by one of the aspirants who convincingly believed that the outcome of the election won’t be in his favor only delayed the exercise for few minutes before normalcy was restored by security agents on duty.

“It is on record that election was conducted, votes were counted, and result was announced by the assigned umpire at the same venue before all agents and I was declared the WINNER.

“The request for a re-run by an aspirant who lost an election because he is not popular is baseless, laughable and can best be imagined as such call is unfounded in law and a flagrant disregard to the party constitution.

“The primaries conducted at Alamuwa Grammar School by the assigned returning officer, Tunji Ibitokun was without any controversy and was done in substantial compliance with the party constitution, electoral guidelines and Electoral Act.

“According to the final results as announced by Tunji Ibitokun, Hon. Ojugbele scored 41 votes out of the 43 accredited delegates and Hon. Tunji Akinosi came a distant second with 2 votes.

“Any attempt to conduct an election not sanctioned by the National Working Committee after it has been heard and decided by the Appeal committee will only amount to an exercise in futility and a NULLITY.”

It will be recalled that the primary election on Friday was disrupted by thugs who invaded the venue with gunshots while agents, delegates and party supporters scampered for safety.

The rescheduled election on Sunday was also disrupted by thugs who also invaded the venue towards the end of the election and carted away ballot boxes in the full glare of the security operatives.