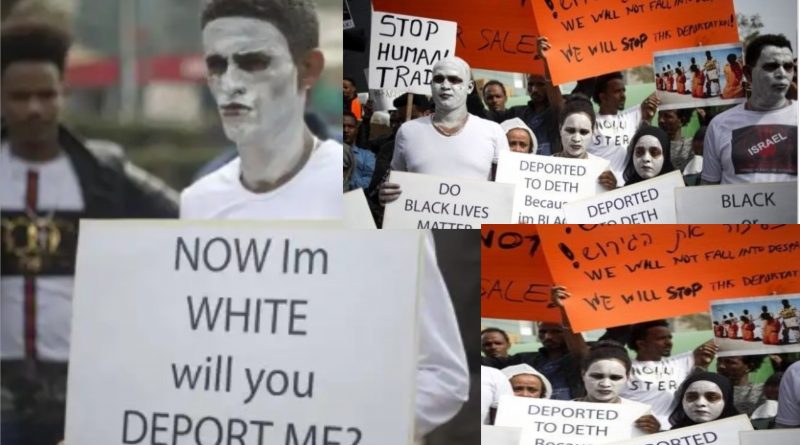 Africans in Israel have been given “deportation notices” and those who failed to leave were imprisoned at the Saharonim prison in the south of Israel.

To protest the deportation, inmates at the Holot prison in the Negev desert first embarked on a hunger strike. African migrants also went out into the streets, protesting in front of embassies like that of Rwanda, and hoping to pressure officials to end their expulsion.

Africans involved in the demonstration painted their faces white, suggesting they were being sent into danger because Israel didn’t believe their black lives mattered. The protesters carried placards on which was written words like, “Now I’m White. Will you deport me?”, “Do Black lives matter?”, and “Deported to death because I’m Black”.

The government of Israel has proposed giving each migrant $3,500 to leave, with the option of going home or to a third country. If they don’t leave by end of March, migrants face indefinite incarceration. Immigration officials are also hiring civilian inspectors to help investigate and arrest the migrants.

Israel’s plan to return refugees has drawn criticism from human rights advocates both in and outside the country. Academics, activists, and prominent Israeli writers have called on prime minister Benjamin Netanyahu not to deport the asylum seekers, saying the nation has “no refugee problem. 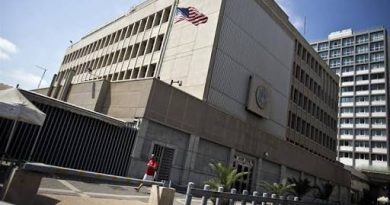 Nigeria, 32 Other Countries Attended USA Opening of Its Israel Embassy In Jerusalem 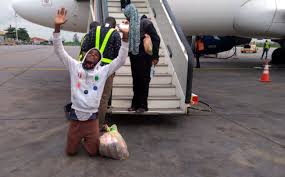 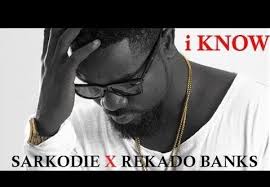