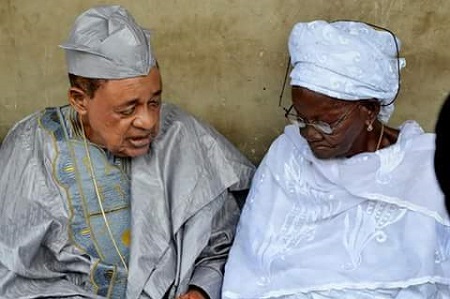 Report says the only wife of his late father though resides in Oyo town,report says that she lives with a couple of her family members and that Oba Lamidi Adeyemi takes good care of her by sending her monthly allowance and other stuff,the monarch has not visited the aged woman in years.

The visibly elated woman who received a huge sum from the generous monarch was highly elated and used the occassion to pray for the longevity of Oba Lamidi on the throne of his fathers whilst thanking him for the gifts she received.

Oba Lamidi was reportedly in the company of his eldest wife and a number of high chiefs when he visited Ayaba Maryam Adeyemi.