HomeTHE NATIONAmaechi: One Day, The Young Boys We Deprived Will Chase Us Out...
THE NATION

Amaechi: One Day, The Young Boys We Deprived Will Chase Us Out Of Abuja 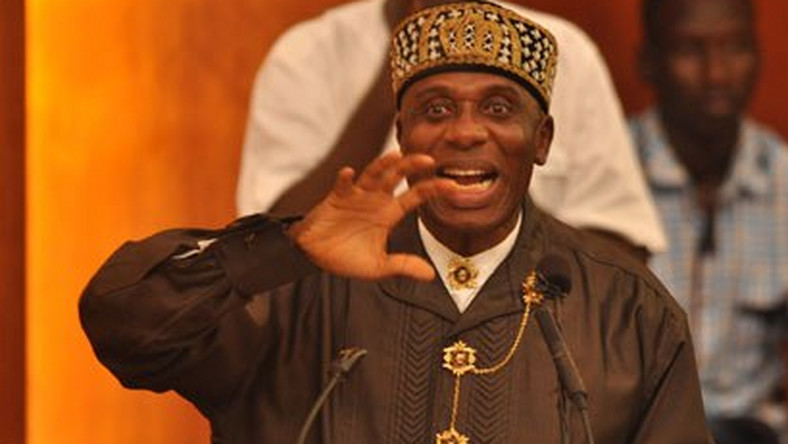 The Minister of Transportation, Rotimi Amaechi, has said that the political elite have wasted the country’s resources, depriving the youths of needed development, Trait News reports.

Amaechi while speaking in an interview with Daily Trust stated that most of the “big men” have already fled their states for Abuja “which is protected because the president is here”.

ALSO READ: What I Will Do If I’m Attacked Abroad – Amaechi

He added that however, someday, “the young boys we deprived” will rise up and chase the government out of Abuja, the seat of power.

The minister said infrastructural development is key to securing the future of the youths, hence the Buhari administration’s focus on building infrastructure.

“What the president is saying is: let us create infrastructure. The president would ask how we feel when we get to Cape Town. You will be ashamed being a Nigerian because the political elites have burnt our resources and not able to put infrastructures on ground. The only thing you will hear of Nigeria is that you should come to Abuja; that it is a fine city. But Abuja does not feed anybody. If we are not careful, we will be chased out of Abuja,” Amaechi said.

“In the past, when I was the speaker and later, governor, I said we would wake up one day and the young boys we deprived would chase us out of town. How many big men are still living in their states? They have all run away. Everybody is here in Abuja, which is protected because the president is here. One day, the boys will be courageous and we will be on the run.

“If we don’t follow what the president is saying by not only diversifying the economy but also putting the necessary infrastructures in place, there will be no need to stay together as Nigerians.”

Commenting on the legacies he will leave behind, Amaechi said unlike previous governments, no one can openly steal money in the Buhari administration.

“It was not hidden that people completely and openly displayed their wealth. They did not have a carpentry shop, but they were billionaires. They did not hide it; but here, if you are stealing, it is done quietly. I am not saying it is good, it is a sin punishable.”

Asked what his plans are after 2023, “I will sleep”, after which he said he will obtain a PhD and go into teaching.