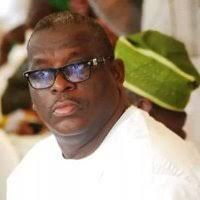 The Asset Management Corporation of Nigeria (AMCON) has taken over Best Western Hotels in Ikeja and Victoria Island, Lagos over a N27 billion debts, following a court order.

The order mandated AMCON to seal up and take over the management of the hotel belonging to embattled Ogun  State politician, Senator Buruji Kashamu, pending a resolution of the debt.

AMCON said it has a court order, dated August 4, 2017 granted by Justice M.B Idris, which confirmed that the corporation had sued the Inspector General of Police, Commandant General of the Nigeria Security and civil defence corps and the Lagos State Commandant of the Corps as defendants and AMCON which gave it as a government agency, the mandate to take over possession of a non performing loan.

Trait News learnt that since AMCON obtained the court order; in which the judgment stated that due to the default of the debtor to liquidate its indebtedness to the plaintiff (AMCON), the powers and rights of the plaintiff as a secured creditor under the Deeds of Legal Mortgage case presented in respect of the properties involved, the debt has arisen tremendously and therefore become enforceable.

The plaintiff however stated that it did not want to create any scene in order not to scare customers but that the “owner has been difficult; preventing court bailiffs and other law enforcement officers assigned by the court to carry out the assignment from dosing their jobs.”

Also, AMCON stated the reason it has not been able to take over – the fact that it is a hospitality business.

AMCON under the current management team led by its Managing Director/Chief Executive Officer, Mr. Ahmed Kuru reiterated that there would be no rest for recalcitrant debtors of the corporation and litigation remained the only way AMCON mandate could be realised within the timeframe of the assignment in the case of bad debtors and in the interest of the country’s economy.

Kure had also said it was based on this that AMCON repositioned its debt recovery approach to strengthen legal and credit restructuring units to collaborate on the aforementioned 350 accounts, which he termed “defaulters”; enhance the restructuring and turnaround team; and engage in asset tracing to enhance recoveries.