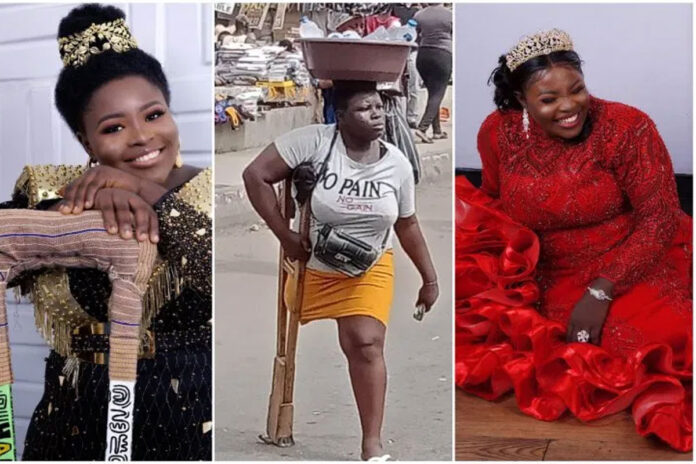 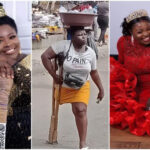 sure! Dreams are finally coming true for Mary Daniel, the 27-year-old amputee water hawker, as she launched her new house in the Igando area of Lagos State on Saturday.

The single mum, who used to sell bottled water on highways in the Oshodi area of Lagos, did the house warming ceremony for the house which she built from the N25 million donation she received.

In the same compound of the newly acquired house, a sachet water factory is still in its building stage and she intends to have the factory named after herself.

During an interview with our correspondent at the ceremony, Daniels revealed that she acquired the property for 17.5 million naira, stating that she already has two tenants in the house.

For her factory, Daniels has purchased the engine and filters for production.

According to her, what is left for the completion of the sachet water factory includes water tank, flooring, electrical work, and roofing.

Daniel’s status took a dramatic turnaround after her moving story in March.

ALSO READ: Man Died After Been Bath With Hot Water By Wife In Kaduna

Dropping out at Junior Secondary School 3, she took to the streets in Onitsha, Anambra State, selling sachet water to cater to herself and her aged grandmother.

She was impregnated in 2018 by her fiancé who she said denied responsibility for the pregnancy, forcing her to relocate to Delta State out of shame.

Daniel continued the taxing trade in the oil-rich state even after giving birth. She relocated to Lagos in March, hawking bottled water in chaotic traffic and passing the night on the balcony of a building on Suwebatu Street, Oshodi.