HomeNEWSAnambra Election: It’s not over, we can still win this election, PDP’s...
NEWSPOLITICS

Anambra Election: It’s not over, we can still win this election, PDP’s Ozigbo tells supporters 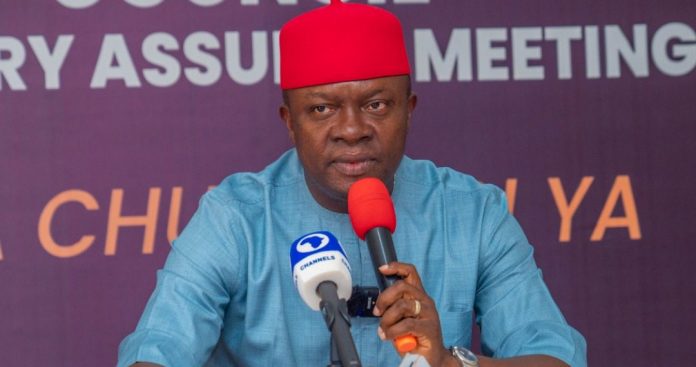 Anambra Election: It’s not over, we can still win this election, PDP’s Ozigbo tells supporters

The candidates of the Peoples Democratic Party (PDP), in the Anambra governorship election, Mr. Valentine Ozigbo, has said that he can still emerge victorious in the exercise that is expected to end on Tuesday.

The Independent National Electoral (INEC) had declared the election inconclusive on the grounds that election did not hold in Ihiala Local Government.

Trait News has learnt that Professor Chukwuma Soludo has the highest votes in the election, having secure victory in 18 of the 20 LGAs where election held.

Although Ozigbo secured the second highest votes in the election, he won only one of the 20 LGAs where elections held.

Addressing newsmen on the eve of the supplementary poll, Ozigbo said the election battle is not yet over.

According to him, there over 248,000 votes at stake in Ihiala and other places where election did not take place.

In his address, Ozigbo appealed to the people of Ihiala to come out en masse and vote for PDP.

He lamented the impact of vote buying which he described as a major issue in the polity.

Ozigbo said as a party without the control of public funds, PDP could not have bought votes.

The PDP candidate asked INEC to conduct election in all the areas where people did not vote.

He said in many places, people came out in large number but were denied the opportunity to participate in the process.

However, he said he was only concerned with the complementary election at the moment, adding that he would decide on next line of action after the election.