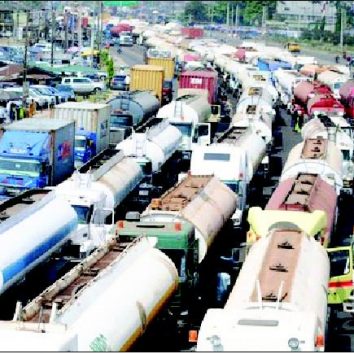 traffic gridlock on Apapa-Oshodi expressway has now turned into a meeting point for hoodlums who attack people at night and dispossess them of valuables. The long queue of trucks and fuel tankers stretch from second rainbow bus stop along the expressway till Apapa port.

The hoodlums usually hid between the parked vehicles and whenever unsuspecting commuters attempted to cross from one side of the expressway to the other, the hoodlums pounced on them and attacked them with guns, knives, cutlasses and other dangerous weapons while robbing them of money and valuable items.