Governor of Imo state, Rochas Okorocha, has reacted to statement by the National Leader of the All Progressives Congress (APC), Bola Ahmed Tinubu, that Adams Oshiomhole, Chairman of the party, was on the right track even with all the crisis engulfing the party.

Tinubu had yesterday after a meeting with President Muhammadu Buhari, dismissed the calls for the removal of Oshiomhole as the APC national chairman.

When asked if he supports calls from some quarter for the removal of Oshiomhole, the APC National Leader urged aggrieved members to respect party supremacy; hence he was not in support of the clamour for the chairman’s removal.

Okorocha while speaking with state correspondents shortly after meeting with President Buhari, said he  must have been `ill-informed’ concerning Oshiomhole to be in support of his actions, NAN reports.

According to the governor, “If Tinubu is properly informed, he will not say that Oshiomhole is doing is right thing.” 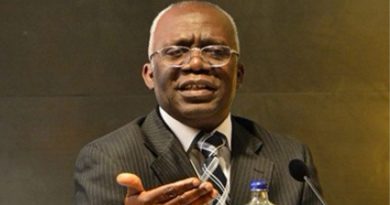 INEC had no cogent reason to postpone the Election- Falana Claims

2019: Sowore furious at being excluded from Peace Accord, presidential debate