The All Progressives Congress (APC) Committee on restructuring has acceded to the voice of majority of Nigerians who are yearning for a change about how the affair of the country is being run.

The committee recommended that each States in Nigeria should have state police, control their resources among others.

A report by NAN stated that APC c’ttee also suggests amendment to Land Use Act, merger of some states and states’ control of minerals.

The Chairman of the Committee, Kaduna State Governor, Mallam Nasir El-rufai, unveiled some of the recommendations when he submitted the committee’s report to the APC National Working Committee (NWC) on Thursday in Abuja.

El-Rufai, said that the committee also proposed the amendment to Petroleum Act to allow states to control their mineral resources “except when it affects offshore oil.”

The committee was constituted by the APC to collate the views of Nigerians on restructuring.

“ Local government autonomy is a very interesting subject in which we were surprised at the outcome; there were divergent opinions on this issue.”

“ We recommend that the current system of local government administration provided for by the Constitution should be amended.”

“States should be allowed to develop and enact laws to have local government administration system that is peculiar to them.”

“We proposed amendments to Sections 7, 8, and162, part one and the First Schedule of the Constitution to give effect to our recommendations.”

The Kaduna State Governor added that states could create their local governments and determine the structure, saying that in a federal system, there should not be more than two tiers of government.

According to him, having three tiers of government is an aberration.

On resources control, El-Rufai said the committee proposed that mining, minerals and oil should go to the states after certain constitutional amendments.

He explained that this would ensure that power to explore minerals was vested in states except with regard to offshore minerals.

The chairman said the committee also recommended that there should be a constitutional amendment to allow for a referendum to be conducted on burning national or state issues before decisions were taken.

He noted that the present Constitution had no room for referendum except in the creation of states.

On independent candidacy, El-Rufai said that the committee recommended that such candidates must not be a member of any registered political party six months prior to the election.

“We believe that having independent candidates with necessary safeguards will make the political parties to be more honest and more democratic.”

“We have put this safeguard to ensure that independent candidacy is not a platform for opportunism, but a deliberate, passionate decision, not an emotional one.”

“So instead of paying to the parties, you pay to INEC. If a governorship candidate pays N1 million to his party, he must pay N1 million to INEC to stand as an independent candidate,” he said.

He added that such candidate must meet other qualifications and requirements provided for by the Constitution and the Electoral Act.

El-Rufai said that on fiscal federalism and revenue allocation, the committee proposed an amendment to sub-section 2 of the Constitution.

This, he said, was to give more revenue to the states and reduce Federal Government’s revenue allocation.

He assured the committee members that the report would be discussed by the party´s leadership before the end of February.

Odigie-Oyegun commended members of the committee for the job and for going the extra mile to provide necessary details and the mechanism for implementation.

He said that this was especially in terms of law and necessary presidential action, adding that the report would get expeditious consideration of the APC leadership.

What you have done is very challenging and will be controversial, but has given the basic foundation for the building of a new nation and a new way of doing business in this country,” he said. 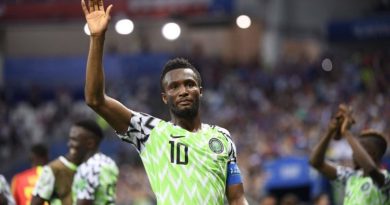