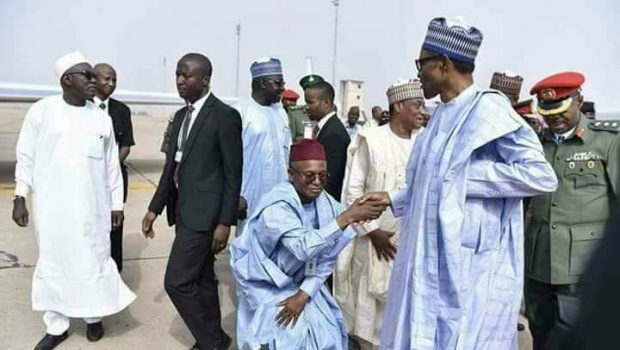 Governors of the All Progressives Congress are converging in Daura, Katsina today for a crucial meeting with President Muhammadu Buhari.

President Buhari had left Abuja Thursday ahead of the meeting, Daily Trust reported.

Daily Trust said the president might tell the governors whether or not he would contest the 2019 presidential elections.

The agenda of the meeting was not confirmed by the president’s spokesmen, Femi Adesina and Garba Shehu.

What was certain however was that the President’s Daura visit is connected to last week’s death of two members of his family. And the governors visit to Daura may be to give support to President Buhari.

The Daily Trust said should the President use the visit to announce his re-election bid, he can count on the support of the governors, unlike former president, Olusegun Obasanjo and former military president, Ibrahim Badamosi Babangida. Both had in separate statements, advised him against seeking re-election.

The president had last week appointed a national leader of the APC, Asiwaju Bola Ahmed Tinubu, to reconcile aggrieved members of the party.

According to Daily Trust, the president and the governors were earlier scheduled to meet at the Presidential Villa in Abuja today, but that the meeting was rescheduled to take place in Daura since Buhari had gone there.

A Daily Trust source said “very serious political developments,” would be discussed at the meeting.

The Senior Special Assistant to the President on Media and Publicity, Malam Garba Shehu, confirmed on telephone that Buhari would meet the governors in Daura today.
“Yes, that is very correct,” Shehu said.

He, however, declined comment on the agenda of the meeting.

Also, the Special Adviser to the President on Media and Publicity, Mr Femi Adesina, said whatever meeting the president has with anyone in Daura would be a private one. 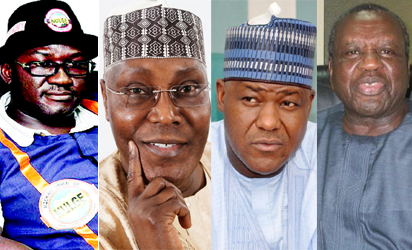 2019: Amaechi reveals what will happen if PDP wins election