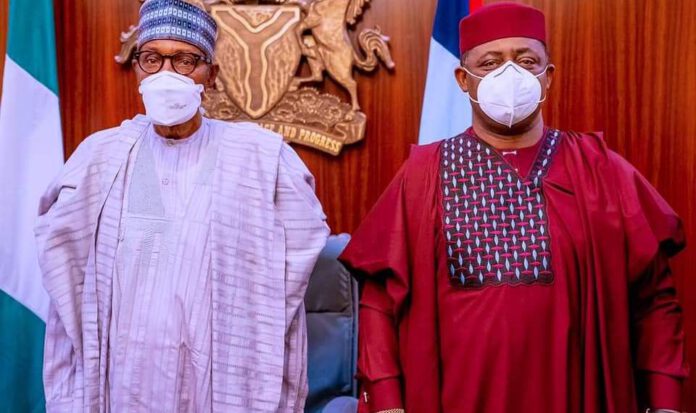 The director-general of the Progressive Governors Forum (PGF), Salihu Lukman has explained why some All Progressives Congress (APC) members are against the defection of Femi Fani-Kayode.

On Thursday, the former minister of aviation dumped the Peoples Democratic Party (PDP) for the APC and was presented to President Muhammadu Buhari at the presidential villa, Abuja.

The defection of the former minister stirred critical reactions from many Nigerians, including APC members.

In the past, Fani-Kayode had criticised the policies of the APC, vowing that he would rather die than join the party.

Commenting on the development, the PGF DG, in a statement issued on Sunday, said APC members were astounded by the high-level reception given to Fani-Kayode, who he says has a “venomous nature”.

Lukman, however, advised APC members to show understanding, adding that the decision of the party’s leadership should be accepted.

“The protest against Fani-Kayode joining the APC has to do with his venomous nature, he abuses, insults, and disparages everybody, almost indiscriminately,” he said.

“Almost every member of APC is angry that our leaders have brought someone like Fani-Kayode into our party. This is made worse by the red carpet reception given to him, which he doesn’t deserve.

“But since it has happened, there is no need to cry over spilled milk. What is very clear is that our leaders, especially President Buhari have forgiven Fani-Kayode and embrace him as one of us.

“Contrastingly, those who are consistent and loyal to our party and our leaders hardly gained the deserved respect they should have.

“This may not necessarily be intended, but it is there. Be that as it may, members need to move forward with every confidence and commitment to engage our leaders.

“To that extent, therefore, party members should respect the decision of our leaders to admit Fani-Kayode and welcome him with a red carpet reception.

“On no account should we be distracted. If Fani-Kayode needs a red carpet reception to be a member of APC, millions of party members have demonstrated that they don’t need any form of recognition to work for Nigeria.

“Being very consistent and stable members of the APC, we should also recognise that the party is partly what it is today on account of our little contributions over the years.”