The committee also adopted direct primary option for the emergency of the party’s flagbearer for September 19, 2020 Edo State governorship election.

You will recall that the move may not be unconnected with the feud between the national Chairman of the party, Comrade Adams Oshiomhole and the incumbent governor, Godwin Obaseki. The duo are on dagger drawn to unseat each other.

A source at the meeting which ran into late hours of Thursday night said NWC granted waiver for the former Chief of Staff and Secretary to the Edo State government in view of the electoral value he will had to the fortunes of the ruling party in the state.

Ize-Iyamu, believed to be the endorsed candidate of Comrade Adams Oshiomole, National Chairman of the party, recently decamped to the ruling party in the state. He was the gubernatorial candidate of the Edo State Peoples Democratic Party (PDP) for the 2016 Edo State gubernatorial election.

It was gathered that NWC had resolved to adopt the option earlier used in the state for the governorship primary. This the committee further noted would give every card carrying member of the party to determine who the flagbearer is for the state governorship election.

Those at the NWC meeting chaired by the National Chairman, had in attendance, the Deputy National Chairman (South), Senator Abiola Ajimobi, National Vice-Chairman (North-West), Inuwa Abdulkadir and his counterpart from the South-South, Hilliard.

Commending what he called landmark decisions by the National Working Committee, the pro-Oshiomole Edo State APC Chairman, Hon. David Imuse in a telephone interview said the NWC did what is right for Edo State. He also welcomed the wavier granted Ize-Iyamu.
According to the APC chieftain, “the NWC have the constitutional right to do what they have done.

The adoption of direct primary is within the capacity of the committee. On Ize-Iyamu, in all political parties, anybody that is seen as an asset to the party, NWC is empowered to grant waiver and they did just that.

Ize-Iyamu is an asset to the party and the waiver is welcome by the party,” Imuse stated. 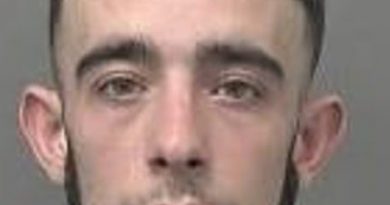