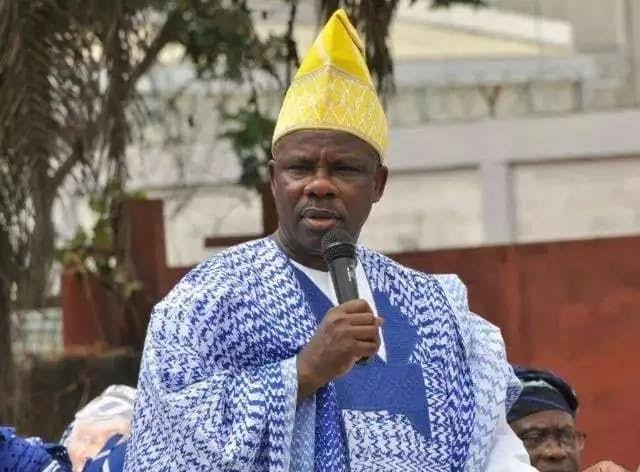 The National Working Committee (NWC) of the All Progressives Congress (APC) has suspended governors Ibikunle Amosun of Ogun and Rochas Okorocha of Imo .

The suspension of the governors was confirmed to the News Agency of Nigeria (NAN) on Friday by a top party official, even as the NWC was still in session.

Also suspended were Osita Okechukwu, the director-general of the Voice of Nigeria and Pastor Usani Usani, Minister of Niger Delta affairs.

An APC source said the NWC also decided to query Governor Rotimi Akeredolu of Ondo, where the party lost two senatorial seats and the presidential election to the opposition Peoples Democratic Party in the 23 February election.

All the sanctioned party members were indicted for anti-party activities in the run-up to the February 23 Presidential and National Assembly elections, NAN learnt.

NWC, which is currently in a meeting, also recommended the expulsion of Okorocha and Amosun from the party.

The duo won senate seats in the National Assembly election in their states as members of the APC.

However, both governors are supporting governorship and assembly candidates against the APC.

In Ogun, Amosun is backing AbdulKadir Akinlade as governorship candidate of the Allied Peoples Movement(APM) against the APC candidate, Prince Dapo Abiodun.

In Imo, Okorocha is supporting his son-in-law, Uche Nwosu as candidate of the Action Alliance, against Senator Hope Uzodinma, the APC candidate. (NAN)