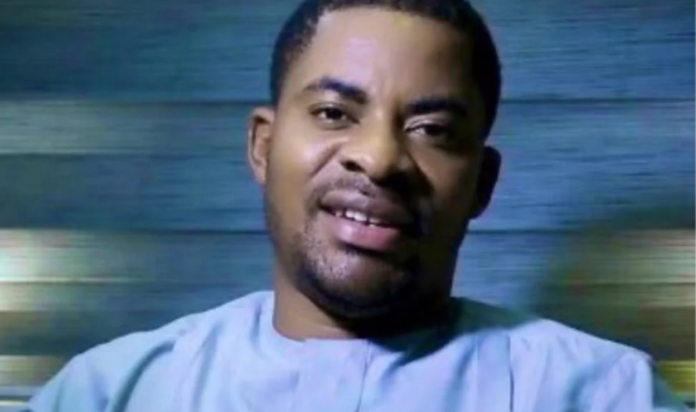 A popular Abuja-based activist Deji Adeyanju on Tuesday said Bola Tinubu, an APC Presidential aspirant, that he lacks the credentials to demand the enforcement of democratic principles.

He accused the APC National Leader of failing to provide a level playing field in Lagos State.

In a statement, the rights activist recalled how Tinubu imposes governors and deputies in Lagos State.

The statement titled: “All Progressives Congress Primaries and Tinubu’s Double Face,” reads partly: “My attention has been drawn to a statement credited to the All Progressive Congress Leader and former governor of Lagos State, Bola Tinubu, where he called on the APC leaders to adhere to “democratic principles” in picking its presidential candidate, as against adopting a consensus candidate.

“It is indeed laughable that such a statement is coming from Bola Tinubu whose stock in trade is the imposition of candidates across the length and breadth of Lagos State.

“In fact, Bola Tinubu and democratic principles cannot and should not be mentioned in one sentence. For over two decades, Bola Tinubu has moved around Lagos State political scene like a colossus. He determines who gets what, when and how.

“Former governor Ambode was not so lucky as Tinubu ensured that he was denied a second term in office because he allegedly refused to accede to the Godfather’s numerous demands. We must not forget the fact that Tinubu’s wife is a three-time senator in Lagos state, while his son is being prepared to become the Governor of the state after he was put in charge of major revenue generation platforms in the state. What manner of democratic principles can be ascribed to Tinubu in view of the foregoing? None!!!

“Unfortunately, the chicken has come home to roost and it appears that more astute maradonic elements in the APC are bent on repeating the consensus arrangement that played out during the recently concluded APC’s national convention.

“If this eventually becomes the case and Tinubu is schemed out of the race, there will be no tears for the Mayor and god of Lagos.”