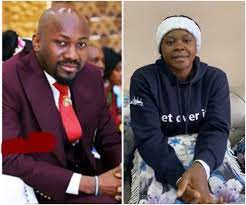 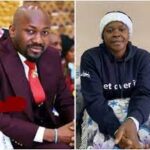 According to the actress, who recently got baptised at Redeemed Christian Church of God, the general overseer paid her over five hundred thousand to sleep with her

Chioma revealed that she had no idea that the man of God was quite prominent at the time she had intercourse with him.

She also stated that her public confession came after her spirit continued to torment her, and she needed to restitute for her sin.

The young Actress further went on to advise young women who may have committed such sin in the past to seek God for forgiveness and mend their ways.

Sharing the video on her Instagram page, she wrote;

‘‘Dear @lyndaclems, I have to tell the world about that hookup you arrange between @johnson_suleman_official and myself on the 20th November 2016 in a hotel at Ikeja, the apostle secretly gave me his number and we had a second meeting at oriental hotels Lagos. I’m sorry my conscience can’t hold it anymore. I encourage you to tell the truth as a mother and a Christian, to put the devil to shame and save millions of souls been misled… To my family and friends, I am sorry,don’t judge me

please pray for me so the light of