The ongoing indefinite  strike declared by the Academic Staff Union of Universities (ASUU) continues as the leaders of the union and the Federal government failed to reach an agreement again.

The Minister of Labour and Employment, Senator Chris Ngige, presided over a resumed negotiation with the striking university lecturers on Monday at the ministry’s office in Abuja, the nation’s capital.

The meeting unlike previous ones which ended inconclusively had ASUU National President, Professor Biodun Ogunyemi, and other leaders of the union walk out of the meeting.

Professor Ogunyemi, however, refused to speak to newsmen about the outcome of the meeting and why the union leaders stormed out after about two hours.

But in an interview with newsmen after the meeting, Minister of Labour, Chris Ngige insisted that the lecturers did not walk out.

When asked the outcome of the meeting, the labour minister said negotiations were still on and that the government was poised to ensure all knotty issues were resolved before Christmas to enable students return to classes.

According to him, we gave ourselves some assignment with different Ministries, Department and Agencies (MDAs) on what to do.

“They brought their reports today and we took the reports and we were supposed to do some implementation on the reports.

“So we are going to give ourselves some days for it to be done and to see whether we can accomplish them before Christmas,” he said.

He added that there is no dissatisfaction by the union as “we have already agreed on implementation and we have given ourselves some work plan”.

He, however, said that the only difference for the implementation on the agreement reached was only a matter of days before Christmas for the discussions.

“So that for students who are home, will have some hope of resuming in January and those who have missed their exams this time will also have hope for first week in January.

“So, the issue of shortfall in salaries are being worked on, among other major issues, and I will be meeting with the Minister of Finance tomorrow to find out the stage of implementation of that. So there is progress,” Ngige added.

Aviation minister reacts to Atiku harassment at the airport 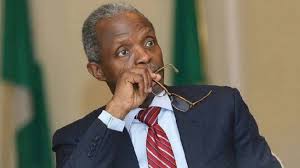