HomeTHE NATIONASUU strike: What we will do if government fails to act –...
THE NATION

ASUU strike: What we will do if government fails to act – NANS 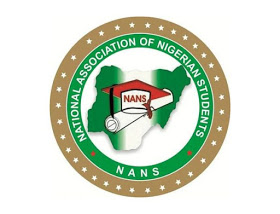 The​ ​National Association of Nigerian Students (NANS) has​ ​reacted to indefinite strike declared by the Academic staff Union of Universities (ASUU).

Chinonso Obasi, National President, NANS ​in a statement ​on Monday,
​urged government to negotiate with the lecturers.

“It is with deep pain and regret that NANS received the news of another indefinite strike by ASUU over the Federal Government’s indifference to their plight.

“Nigerian students see the break down in negotiations as a further proof that political leaders don’t care about their future.

”Consequently, we wish to call on the Federal Government to do all it can to get ASUU back to the classrooms.

“The demands of ASUU are reasonable and touch on the integrity of government, especially in the light of the fight against corruption,” he said.

​Obasi lamented that past governments ​f​ail​ed​ to honour agreements with members of ASUU for more than seven years.

Obasi​ urged government to resolve outstanding issues with ASUU in the interest of Nigerian students.

​Announcing that NANS would​​ ​meet ​with leaders of ASUU​ son, the students’ leader gave government 21​ ​days ultimatum​ to act​ ​or face wrath of youths nationwide.