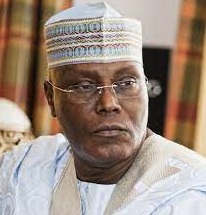 PDP said it was shameful and irresponsible that the APC would deliberately distort, doctor, and misinterpret Atiku’s comment in Kaduna in an attempt to smear his image.

During a meeting in Kaduna over the weekend, Atiku had said Nigeria needed a pan-Nigerian leader and not a Yoruba or Igbo candidate.

Atiku’s remark has sparked reactions from Nigerians who described the former Vice President as a sectional leader.

To this end, the APC had described Atiku’s comment as a decisive attack on the country’s national unity.

Reacting to the comment by the APC, PDP’s spokesman, Debo Ologunagba, insisted that Atiku is a pan-Nigerian leader.

A statement by Ologunagba said APC’s reaction has shown that the party is jittery of Atiku’s popularity across the country.

The statement reads: “For clarity and avoidance of doubt Atiku Abubakar remains a Pan-Nigerian leader; a symbol of national unity, cohesion and tolerance who is comfortable and loved in all parts of the country.

“He had never and will never set any part of our country against the other as being mischievously hyped by the APC. To set the record straight, the PDP Presidential Candidate, in responding within the context of the question put to him at the event noted that he had built bridges across the country and that what Nigerians, including an average northerner need, was a Pan-Nigerian leader and not an ethnic champion.

“We know that the APC is jittery over the overwhelming popularity of Atiku Abubakar across the nation because of his focus on issues that will improve the lives of Nigerians and as such the APC is desperate to smear his Pan-Nigerian standing.”

PDP lamented that Nigeria is more divided under the APC-led administration.