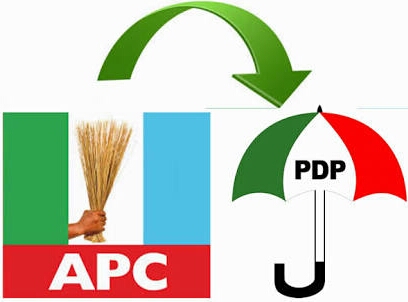 An ally of former Vice President of Nigeria, Atiku Abubakar in Kaduna State, Mallam Isah Dansallah, has defected from the ruling All Progressive Congress (APC) to the Peoples Democratic Party (PDP).

Mallam Dansallah, one of the founding members of the APC, was appointed Chairman of Kajuru local government in Kaduna State by Governor Nasir el-Rufai.

Dansallah said he could no longer stay with APC party as a result of what he called “lack of good governance.”

He said, he left the party because it has disappointed Nigerians, adding that “what is happening in APC today is not what we bargain for, this is not why we ask people to vote out PDP. Today’s players in APC don’t care about the feelings of the masses.”

He said, “I dump the APC to PDP because the opposition PDP is lesser evil compare with the ruling APC.”

“There was a time that I found myself in the APC, I worked for it success in 2015, but the APC has metamorphose and turn into a ghost with crisis all over.

“The APC led government has succeeded in subjecting Nigerians to abject poverty and has successfully divided Nigerians along religious and ethnic lines.

“People are dying everyday with various sickness because of depression as some people can’t even afford a square meal a day,” he added.

According to him, “the policies of APC’s led government is affecting Nigerian masses negatively. The well-being of the people has been abandoned. They running an anti people’s policy and I cannot continue to associate myself with such group of people.”

“I join the PDP because it is a party with human feelings and I know they have the interest of the people at heart.

“I am in PDP to revive Nigeria and ensure that the party takes over power in 2019,” he said.

Danssallah was the 14th Chairman of the Kajuru Local Governmet, created in March 1997 by the Military Administration of Gen. Sani Abacha.