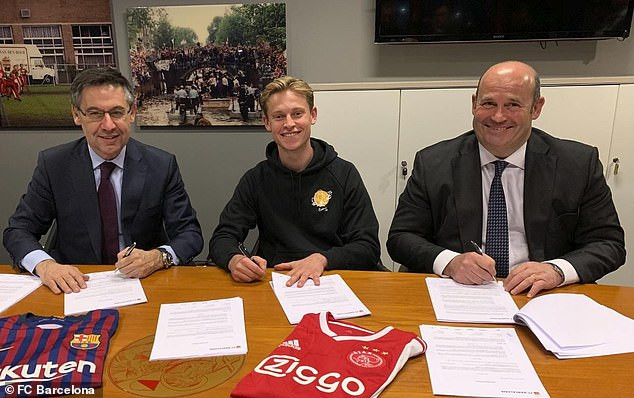 The 21-year-old shunned the host of top European clubs, including Manchester Cityand PSG to sign a five-year deal at the Nou Camp in a £65m deal.

He will see out the season in Amsterdam before joining up with his new team-mates in the summer.

Frankie’s arrival was announced on the club’s Twitter page, via a video of tweets telling the Catalan giants to ‘announce de Jong’.

President Josep Maria Bartomeu tweeted: ‘With the arrival of Frenkie De Jong we add talent, youth and Barca style to our sporting project.

‘We are convinced that he will be a key part of our team for years to come. Welcome, Frenkie!’

The Dutch midfielder is the third signing made by Barcelona this month after the arrivals of Kevin-Prince Boateng and Jeison Murillo. 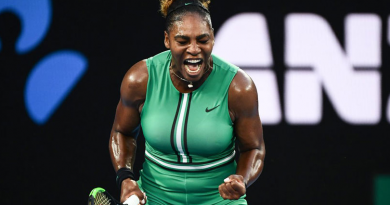 Akwa Ibom: Obasanjo reveals why he is supporting Governor Emmanuel