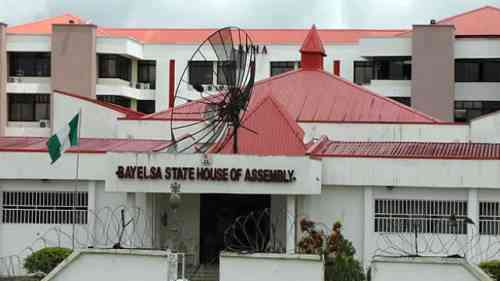 Bayelsa House of Assembly on Wednesday awarded monthly pensions to speakers, deputy speakers and other members of assembly.

The bill specifically provided that former lawmakers including persons of Bayelsa origin, who served in the old Rivers State, would enjoy life pensions for their services in the state as applicable to former presidents, vice-presidents, governors and deputy governors across the country.

To qualify for the speakership pension of N500, 000 monthly, the lawmaker the person must have served for two years and above.Most stakeholders in Bayelsa State took to different social media platforms to criticise the bill, deriding the lawmakers for being selfish and insensitive.

A resident, Fidel Boboye, described the move as greed in the highest places and wondered why such political office holders with the wealth and money they had amassed still awarded life pensions to themselves.

Another resident Preye Alegbe, said: “Is this not too much for these persons even as there are many graduates out there without good jobs? Why can’t the legislature channel these legislations to areas where the younger generations can benefit more”.