The US Senate on Tuesday confirmed Gen. Charles Q. Brown to be the next Air Force chief of staff, making him the first African American leader of military service.

Vice President Mike Pence presided over the historic 98-0 vote to confirm Gen. Charles Q. Brown Jr. to be chief of staff of the Air Force, a vote that came in the wake of the nationwide protests over police brutality and racial injustice following the death of George Floyd.

The confirmation also makes Brown the second African American officer to sit on the Joint Chiefs of Staff since Chairman Gen. Colin Powell.

President Donald Trump, who nominated Brown in March, hailed the general in a statement via his Twitter page.

“My decision to appoint @usairforce General Charles Brown as the USA’s first-ever African American military service chief has now been approved by the Senate,” Trump said, though the tweet came before the confirmation vote. “A historic day for America! Excited to work even more closely with Gen. Brown, who is a Patriot and Great Leader!”

He will now replace Gen. Dave Goldfein as the Air Force’s top general.

A few days before his confirmation vote, Brown, spoke about being a black man in the United States and specifically in the Air Force in a powerful YouTube video titled “What I’m thinking about,” saying his own experiences “didn’t always sing of liberty and equality” — two principles he has sworn his entire adult life to protect as a member of the U.S. military, he said.

“I’m thinking about wearing the same flight suit with the same wings on my chest as my peers, and then being questioned by another military member, ‘Are you a pilot?’” Brown said in the video posted on June 5. 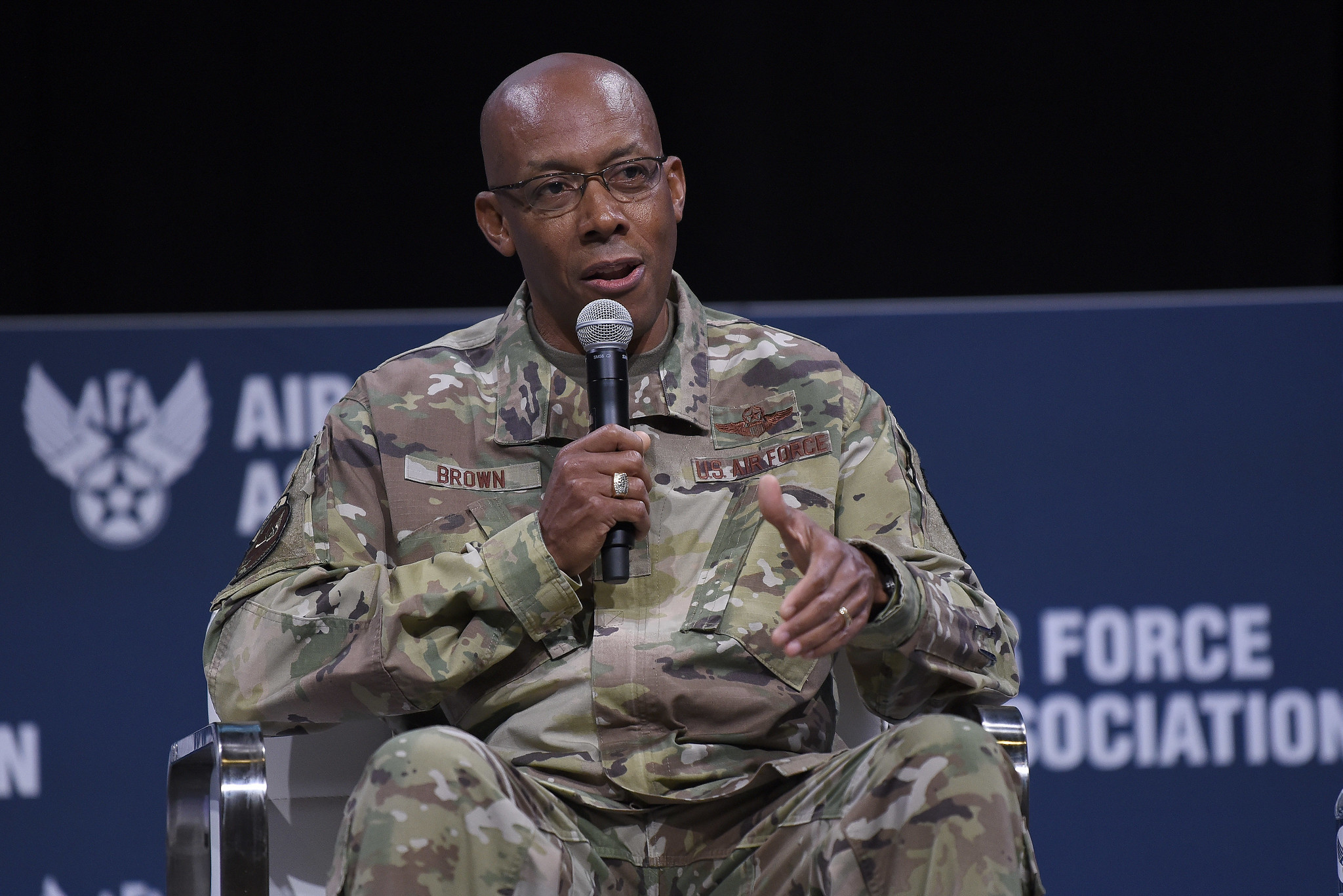 “I’m thinking about having to represent, to work twice as hard, to prove that their perceptions of African Americans were invalid,” he continued.

Brown commissioned into the Air Force in 1984 as a distinguished graduate of Texas Tech University’s ROTC program. According to his biography, he has commanded a fighter squadron, the U.S. Air Force Weapons School, two fighter wings, and U.S. Air Forces Central Command and served as the deputy commander of U.S. Central Command. He has more than 2,900 flying hours, including 130 combat hours.

Akpabio gets new appointment from Buhari