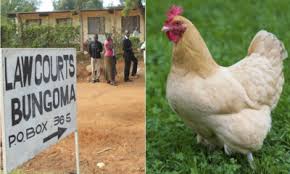 Mansab Ali, A 14-year-old boy, has been arrested after a neighbour accused him of raping his pet chicken to death.

Ali told the police he stole the hen from his shop, in Jalalpur Bhattian, Pakistan, before carrying out the sex attack that eventually killed the chicken. The teenager allegedly confessed to cops he did it because he was feeling “sexually frustrated.”

A policeman confirmed the incident, saying: “The hen died while being sexually assaulted. Two persons witnessed this act.”

The teen was detained for an “unnatural offence” reports the Express Tribune.

Police chief Sarfraz Anjum added the suspect was arrested after a medical examination of the hen confirmed the assault.

“He is a 14-year-old boy and did it out of sexual frustration,” the officer said.