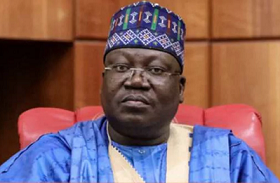 Members of the National Working Committee (NWC) of the All Progressives Congress (APC) have denied endorsing Senate President, Ahmad Lawan, as the consensus presidential candidate of the party

The National Chairman of the party, Senator Abdulahi Adamu, had announced during the NWC meeting held at the lady Secretariat on Monday that Lawan has been anointed as the consensus candidate of the party.

But, the National Organising Secretary of the party, Mr. Suleiman Argungun, while addressing journalists at the party secretariat after the NWC meeting, said the issue of consensus was never discussed at the meeting.

He stressed that Adamu only gave them the information, but they were yet to discuss it.