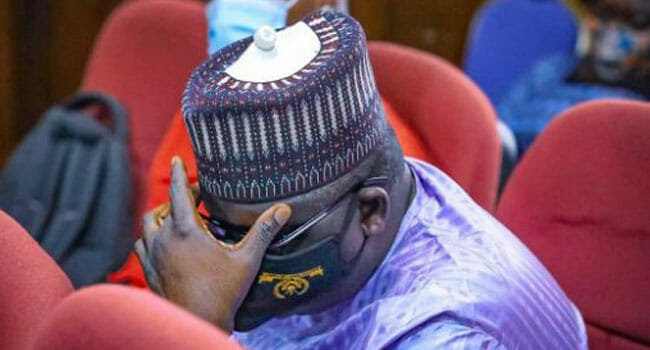 Former chairman of Pension Reform Task Team, Abdulrasheed Maina, has been convicted and sentenced by the Federal High Court, Abuja to 61 years imprisonment.

He was convicted for money laundering and stealing N2 billion belonging to pensioners.

Trait News learnt that the court decried that Maina stole N2 billion meant for pensioners and that it is regrettable that many of the pensioners had died because of suffering.

Abang also found Maina guilty of concealing his true identity as a signatory to accounts opened in two banks – UBA and Fidelity bank – by using the identity of his family members without their knowledge.

These accounts had cash deposits of N300 million, N500 million, and N1.5 billion.

It stated that through Maina’s service as a civil servant, his salary and emoluments would not amount to the money in these accounts.

The court further held that the prosecution, the Economic and Financial Crimes Commission, produced essential evidence through witnesses called, to prove beyond reasonable doubt that Maina was also guilty of money laundering in the sum of N171,099,000.

Read more at the source