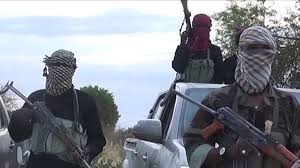 Gunmen has launched an attack on the Nigerian Defence Academy (NDA) in Afaka, Kaduna State, on Tuesday, killed two officers.

Nigeria’s foremost military university, the Nigerian Defence Academy (NDA), Kaduna was on Tuesday attacked by bandits who killed two officers and abducted one other.

Trait News has gathered that the bandits allegedly invaded the permanent site of the institution located along Airport Road, Afaka, in Igabi Local Government Area of Kaduna State around 1.00 am.

The perpetrators, who were dressed in military camouflage, beat the guards and headed for the officers’ quarters of the institution.

As of the time filing this report, information regarding the attack on NDA was still sketchy.