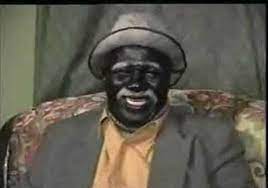 Baba Suwe gave up the ghost on Monday after a long battle with an illness.

“The legend is gone, he left today to be in a place of rest”, a Source said.

The Theatre Arts and Motion Picture Practitioners Association of Nigeria (TAMPAN) will issue a statement soon.