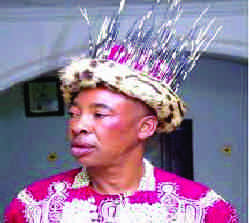 Nevobasi said Buhari’s gallantry is admired in the South-East and that Igbos would always welcome him.

The traditional ruler made the declaration while on a courtesy visit to Femi Adesina, a presidential media adviser.

The monarch said apart from the war, the President has done many things for the South-East, perhaps more than any of his predecessors.

He cited the Second River Niger Bridge “going on at a frenetic pace”.

“Enugu International Airport has a brand new runway and is now in use. The Enugu-Port Harcourt Expressway, Onitsha-Enugu road, and many others are also things to point at in the region.

“We thank President Buhari for all he has done for Nigeria in six years. It has not been easy due to many challenges, particularly security, but the good work continues.

“Igbos would always welcome and support him, and we urge him not to relent in his efforts to keep the country together”, the king added.

On the fight against corruption, Igwe Nevobasi lauded what he called “the admirable strides so far”,

“There should be no let-up, so that public funds can be safeguarded and utilized for development”, he advised.