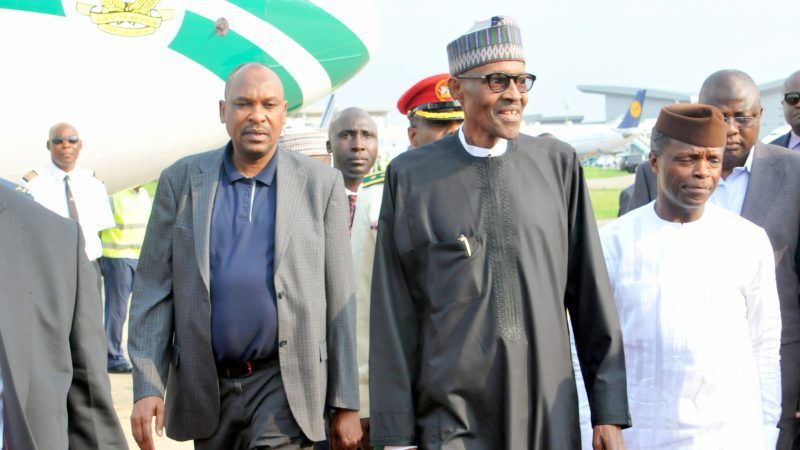 The return of President Muhammadu Buhari to Nigeria yesterday, has nothing to do with the protest against his continued stay in London, the presidency has declared.

Mr Femi Adesina,Buhari’s Special Adviser on Media and Publicity, told reporters at the presidential wing of the Nnamdi Azikiwe International Airport, Abuja, while awaiting the arrival of the president that the arrival had been planned well  before the protest began.

“The return of the president has nothing to do with the protest. It is about continuing with the work he started,” he said.

“Some of us knew about his return some days back. Remember that the Acting President held on effectively and they will continue to the work together.

“We left the work of announcement with the managers of the Acting President.”