The Chief of Army staff, Tukur Buratai, has revealed that the Boko Haram sect has links with terror groups in northern Mali.

According to reporters, Buratai disclosed this in Abuja on Monday, July 10, while receiving Mali’s Army Chief, Babi Abdulrahman.

Buratai said the link was confirmed by the recent arrest of two Boko Haram recruiters in Senegal and Mali.

He said, “Nigeria and Mali are confronted with a similar security threat of terrorism. As the threat grows globally, it is important for us to partner and tackle this menace.

“The Boko Haram terrorists in Nigeria have been investigated to have links with terror groups in northern Mali.

“This is proved with the arrest of two Boko Haram recruiters in Senegal and Mali. We are ready to cooperate with you on fighting terrorism.

“The threats in northern Mali are direct threats to Nigeria because of the established relationship between the Boko Haram and armed groups in Mali.”

Buratai reiterated that the Nigerian army as crippled the activities of Boko Haram in the north-east despite recent frequent attacks by the insurgents.

“In Nigeria, the height of the Boko Haram insurgency was in August 2014, when the terrorists declared Gwoza as a caliphate, but we have been able to decimate the terrorists.”

“Some of the terrorists still carry out attacks on isolated and remote areas of the North-East, but we are not resting on our oars,” he added. 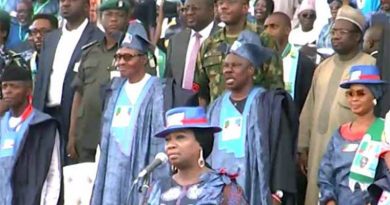 What Buhari said after attack on him, APC leaders at Abeokuta rally 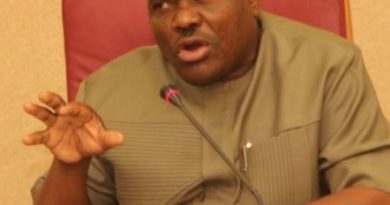 ‘The Army is plotting to cause a crisis, so that the governorship election in Rivers State will be cancelled’ – Nyesom Wike claims