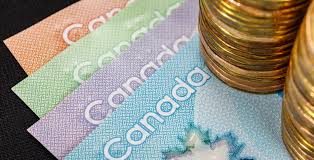 The Canadian dollar was little changed against its U.S. counterpart on Monday, holding on to its gains from Friday, as the recent pullback in commodity prices and bond yields bolstered investor sentiment, Reuters reports.

World shares built on Friday’s strong Wall Street close, as investors stuck to hopes that central banks would not need to hike interest rates as aggressively as feared to tame high inflation.

Canadian Finance Minister Chrystia Freeland on Sunday said the economy still has a path to a “soft landing,” where it could stabilize economically after the blow by the COVID-19 pandemic, without facing a severe recession that many fear.

Still, speculators have cut their bullish bets on the Canadian dollar, data from the U.S. Commodity Futures Trading Commission showed on Friday. As of June 21, net long positions had fallen to 4,105 contracts from 23,202 in the prior week.

The price of oil, one of Canada’s major exports, fell as investors waited for any moves against Russian oil and gas exports that might come out of a meeting of leaders of the Group of Seven (G7) nations in Germany.

Canadian government bond yields were higher across the curve, tracking the move in U.S. Treasuries. The 10-year rose 3.8 basis points to 3.371%, after touching last Thursday its lowest in nearly two weeks at 3.224%.