Canadian singer, Avril Lavigne in a recent interview with Entertainment Weekly, talked about the death rumour that has been making rounds for nearly a decade.

When she was asked about the bizarre dead-and-cloned rumor that keeps popping up, she said she thinks it’s bonkers saying how else are you supposed to feel about the rumor that you have not only been dead for over 15 years, but have been permanently replaced by your body double?

In her words, ‘more like that it’s just a dumb internet rumor and [I’m] flabbergasted that people bought into it. Isn’t that so weird? It’s so dumb. And I look the exact same. On one hand, everyone is like, ‘Oh my god, you look the same,’ and on the other hand people are like, ‘Oh my god, she died.’

The rumours started in 2011 when a Brazilian blog called “Avril Está Morta,” which means “Avril Is Dead,” hit the internet. The site claims that Lavigne died by suicide in 2003 and the current Avril is not the real Avril, but someone pretending to be the real Avril to record music as the real Avril, and perform as the real Avril. According to them, an Avril Lavigne lookalike named Melissa Vandella took the pop-rock musician’s place. 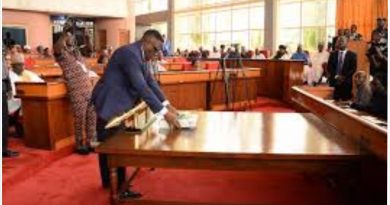