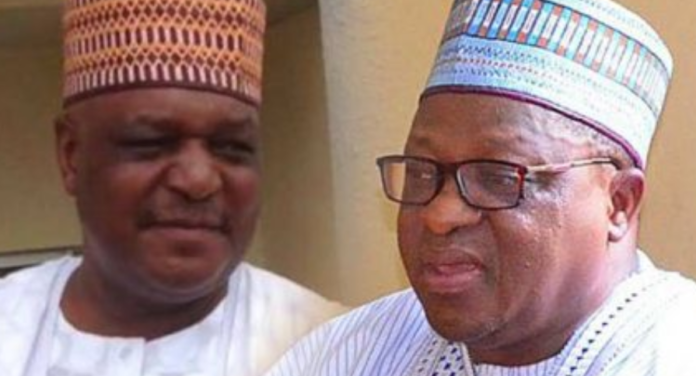 The committee for the Defence of Human Rights, CDHR, faults the decision of President Muhammadu Buhari and the Council of State granting pardon to those the referred to as “two ex-thieves” who had one time or the other looted public treasury.

In a statement signed by the National Publicity Secretary, Comrade Idris Afees Olayinka, CDHR frowned at the decision of the Presidency to grant pardon to people who stole public funds.

Recall that the news of the pardon granted by Mr. President pervaded the media on Thursday April 17th, 2022 after the Council of State meeting.

The former Governor of Taraba State, Jollly Nyame and former Plateau State Governor, Joshua Dariye were granted state pardon alongside 157 others. The two former Governors were convicted, sentenced and jailed for corruption after the expiration of their tenure as state Governors.

Dariye and Nyame were both jailed for stealing billions of naira while in office as governors of their respective states. According to a Presidency source, the two former governors were pardoned on health and age grounds.

The statement partly reads; “CDHR also sees the pardon granted the former governors as discriminatory as such pardon should have been extended to all thieves serving jail term for corruption as under the 1999 constitution, there is equality for all citizens.

“CDHR learnt that one Francis Atuche’s request to be grant pardon was rejected as he is to continue to serve his 6-year jail term. Atuche was a former Managing Director of Bank PHB, who was sentenced to 12 years’ imprisonment for fraud.

“The decision of Mr. President and the Council of State should be reversed and allow them to complete their jail terms to serve as deterrent to others who are currently holding public offices; otherwise extend such pardon to all thieves in Nigerian correctional facilities currently serving jail terms for various corrupt offences.”