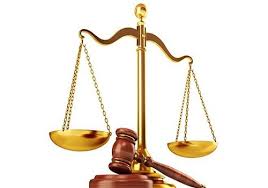 A priest from the Celestial Church, David Adebayo on Friday begged a Customary Court sitting in Mapo area of Ibadan to pardon him for impregnating Omolara Ojeyemi, a legal wife of Abiodun Ojeyemi.

Adebayo, who is a resident of Alakuko area of Alagbado in Lagos State confessed that Omolara was his concubine and that he had been sleeping with her for the past 12 years.

“My lord, anytime Omolara left her husband in Ibadan, she used to come to meet me in Lagos where we usually have fun. Sometimes, she came after her closing hour in her office and returned to Ibadan the following morning.

“Omolara only told me that she and her husband were no more in good terms even though she had already had two children. I swear on the holy bible, I didn’t intend to destroy her relationship with her husband, she is just ,my girlfriend.

Ademola Odunade, the president of the court dissolved the seven year-old marriage between Omolara and Abiodun Ojeyemi and ordered Abiodun to take custody of their two children. Odunade held that the society was fast undergoing an unprecedented decay in morality especially how adultery was ruining marriages.