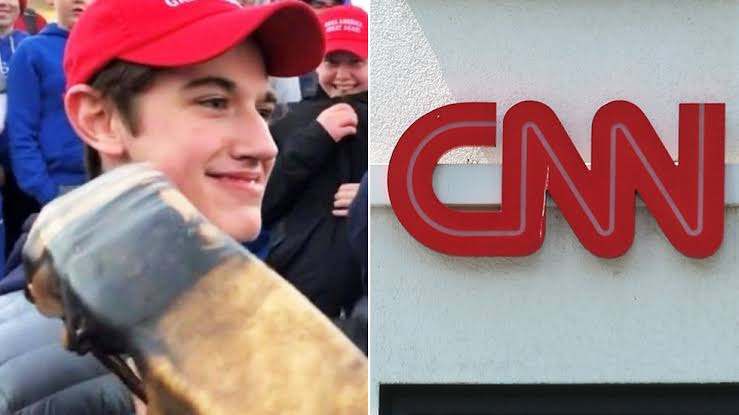 Nicholas Sandmann, a Covington Catholic High School student has sued CNN for defamation accusing the cable news giant of “bullying” him in its coverage of a January confrontation at the Lincoln Memorial.

The lawsuit, filed in U.S. District Court in Kentucky, seeks $275 million in damages, $25 million more than in the teen’s lawsuit against the Washington Post.

Sandman’s attorneys have alleged that CNN “ignored the facts” and waged a “7-day media campaign of false, vicious attacks against Nicholas, a young boy who was guilty of little more than wearing a souvenir Make America Great Again cap.”

According to the lawsuit, “the CNN accusations are totally and unequivocally false, and CNN would have known them to be untrue had it undertaken any reasonable efforts to verify their accuracy before publication”.

On January 18, Sandmann, 16, participated in the March for Life, an anti-abortion rally outside the Lincoln Memorial in Washington, DC, with his Kentucky classmates. At one point, he was confronted by Nathan Phillips, a 64-year-old Native American protester.

A misleading video of the standoff quickly went viral, and major news outlets helped perpetuate a false narrative that cast the students as aggressors and made Sandmann an instant poster boy for bigotry in President Donald Trump’s America.

Additional videos and accounts soon made it clear that Phillips initiated the standoff and later misrepresented what happened. Some journalists, commentators, and celebrities responded to updated evidence by amending their views, and in some cases even apologizing.

An independent investigation undertaken by the Catholic Diocese of Covington later cleared the boys of any wrongdoing in the confrontation, setting the stage for the lawsuits. Sandmann’s attorneys have said they are considering suing HBO late-night host Bill Maher.